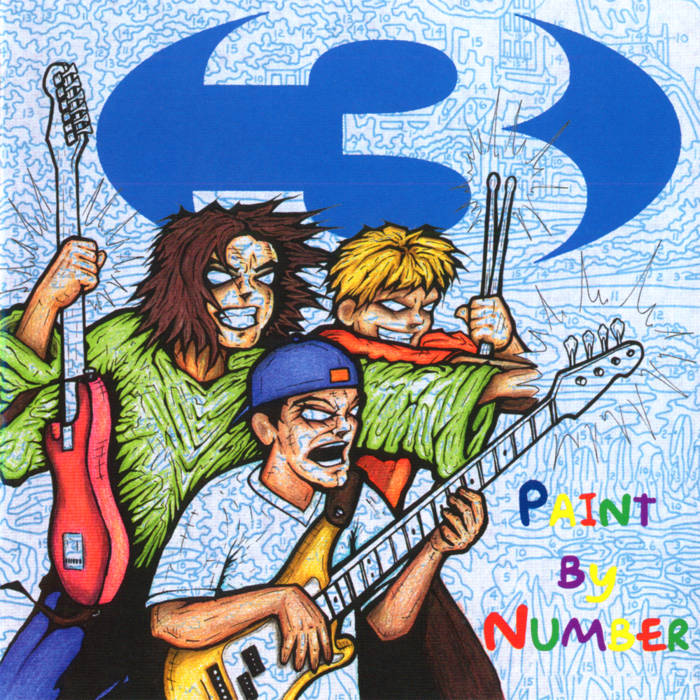 Eugene Kee An excellent record overall! My fave tracks are the first 4 tracks. But I like the whole record. I hope you could release/reissue this in CD/Vinyl. Thanks for the music! Favorite track: Lay Down The Law.

Rhokeheart Amazing compositions and musicianship in a progressive rock band matched by solid vocals. Favorite track: Lay Down The Law.

Paint By Number is the first official release from the band "3." 12 of the albums 13 tracks feature the band's original lineup of Joey Eppard, Josh Eppard and Chris Bittner. The Gartdrumm makes his debut on the title track. The songs are very strong and the band is able to mix and blend various styles while still maintaining an original sound. The record was recorded in 1998 for Universal records but the band was dropped before anyone even heard the record they made. It ended up being released in 2000 on Planet Noise records. Josh went on to play drums for Coheed and Cambria, Chris went on to engineer and produce the first 3 Coheed albums and Joey forged ahead with the Gartdrumm to make "3" what it is today.